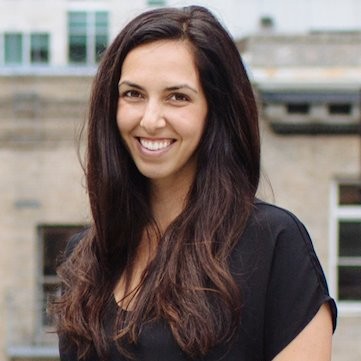 Fave book, album, movie, TV show right now.
– Book: I’ve been reading Roald Dahl’s classics to my son, Dylan, who just turned six. We just finished “James and the Giant Peach.” It’s really fun to re-read books you read as a kid as a parent and see them through your child’s eyes.
– Album: I like the new albums from The National and Vampire Weekend. The first for being so melancholy and the second for being super catchy and fun.
– Movie: Guess there’s a theme here with all of the kids’ stuff. I don’t get to the movies much. The new Lion King was amazing.
– TV show: Keeping Up with the Kardashians. I’m a season behind but I love that mindless show.

App you’re addicted too
Instagram. I’ve always been into it, but we’re doing some remodeling right now and following all of the designers I like for inspiration is way too addictive.

What surprised you most about making a video? Why?
How many takes it take to get a good one and how many people it takes behind the scenes

What’s something agencies or production companies should avoid doing?
Don’t pitch a $500k concept for a $50k brief.

Short form or long form? Or what is the perfect video length?
60sec or less and a concept that can ideally be chopped up well into shorter form versions (like 15s).

In early or work late?
Naturally I’m a work late person, but my baby gets up around 5am these days so I’ve turned into an early bird.

Three tips for making a great video.
Have a crisp brief with a clear message
Pick a great concept you can actually execute
Don’t skimp on budget

Do you call references or just look at work?
Both. Work first. Then references to see what it was like to produce that work.